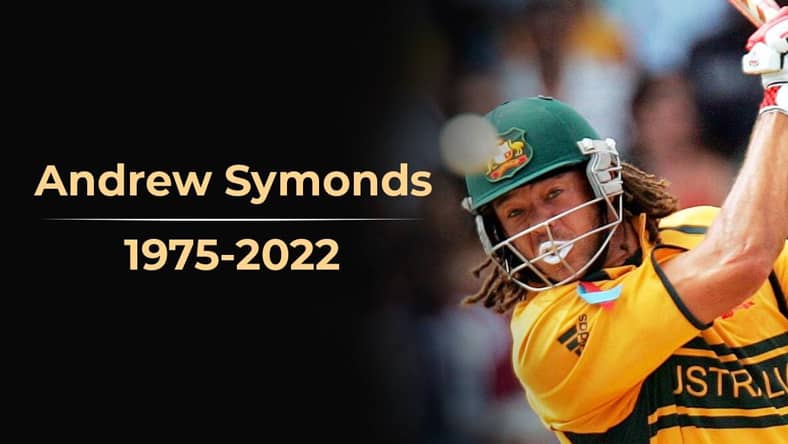 Cricket lovers are receiving unbelievable shockers one after another in 2022.

He left us in tears with his bitter-sweet cricketing memories at only 52 years of age.

The death of another modern-day champion cricketer has broken the hearts of millions of cricket enthusiasts worldwide.

Yes! You are right!

The news of his demise has struck all cricket lovers like a bolt from the blue on May 14th, 2022.

Everyone is in total disbelief. Andrew was only 46 years old.

This villain-like hero of modern cricket will always be alive in the memories of cricket enthusiasts through a bundle of bitter-sweet moments he gave to the sport.

He is survived by Brooke Symonds and Chloe Symonds.

Many know him as a villain because of his involvement in controversies throughout his cricket career.

But not many people know the positive side of his personality.

It is time for every cricket lover to know about the positive side of this his personality and life.

It is time for all cricket lovers to pay the tribute this departed soul truly deserves.

He died in a car accident. Andrew Symonds’s death reason has not been revealed by the police so far. The police are investigating the mishap.

Let us tell you something about his personal and professional life.

Also Read: Praises Pour in For Rafael Nadal On His Australian Open Win

His genetic parents belonged to Afro-Caribbean and Swedish-Danish cultures.

Ken and Barabra Symonds, an Australian couple, adopted him.

This is how he came to Australia to be Andrew Symonds, the cricketer he became.

He was brought to Australia only at the tender age of three months and for the rest of his life.

A look At His Initial Life:

Andrew Symonds spent his initial childhood in Charters Towers, Northern Queensland. He sought his early education from All Souls St.Gabriels School, the school Ken Symonds, his father taught at.

He and his dad loved playing all types of sports, including ping-pong. Both usually played five to six times a week before and after school.

He was a force the opposition feared because of his consistent and aggressive batting, bowling, and fielding.

The credit goes to the quality of batting, bowling, and fielding practice he loved.

He was an entertainer that brought spectators to the stadium.

He usually stared opposition bowlers straight in their eyes and demolished their confidence with his aggressive batting style.

This mighty 6.1-foot tall, right-handed batsman was also a bowler capable of bamboozling batsmen with his gentle medium pace and a range of off-break with the ball in hand.

He was also a world-class fielder. Many batters refused to challenge his fielding skills and arm to save their wicket.

He scored thousands of runs and took hundreds of wickets during his international cricket career for Australia.

He was an expert at grabbing unbelievable catches. The whole team trusted him for his ability to produce wickets for the country through run-outs at crucial moments. He never disappointed the team.

He was a master at sledding to help his team earn wickets for easy victories.

His teammates called him Roy and Symmo.

He loved bossing the opposition on the field. His batting, bowling, and fielding stats prove it.

He played an important role in Australia’s 2003 and 2007 ICC World Cup victories with his batting, bowling, and incredible fielding skills.

He earned his place among the best all-rounders to have ever donned the baggie-green, the emblem of Australian cricket.

He was the highest-paid overseas player for the IPL season of 2008.

He contributed with the bat, bowl, and fielding to the IPL victory campaign of the Deccan Chargers Hyderabad.

All cricket fans want to know Andrew Symonds’s death reason. By that time, let us tell you the other side of his personality.

Andrew Symonds — A Human with the Heart of a Saint:

His name is often associated with some of the most infamous cricketing controversies. For example:

We all know this Australian cricket hero for becoming such a villain.

His teammates often labeled him as an indisciplined cricketer.

But they always loved him for being human with the big heart of a saint.

You are reading it right!

Do you still hold grudges against such a human being? He may have been an indisciplined cricketer. But this departed soul deserves respect and love for the Karma he did to help the needy.

This is why popular cricketers like Sachin Tendulkar, Adam Gilchrist, Justin Langer, Jason Gillespie, Damien Flaming, and more are paying condolences to Andrew Symonds’s wife and his daughter.

It is time to pray for the heavenly wellbeing of this departed soul.

Rest In Peace, Andrew Symonds! Your fans will always respect you for the bitter-sweet memories you have given to the sport and humanity.

Top 5 Budget Honeymoon Destinations in India To Visit In 2022 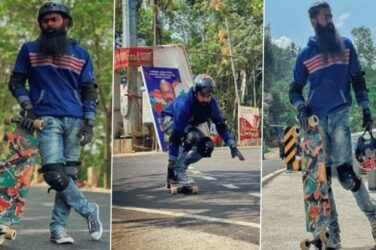