You will read about Radhika Aggarwal, one of the top woman entrepreneurs in India, co-founder of Shopclues, and the country’s first woman to join the Unicorn Club.

However, reading about successful Indian business people inspires us. Also, it makes us all want to follow in their footsteps to achieve success.

Therefore, we are bringing you a collection of inspirational success stories of women entrepreneurs, startups, Indian social entrepreneurs, and Indian businesspeople. These are the people that have made a name for themselves and are now household names.

Internet entrepreneur Radhika Aggrawal is the first woman from India to join the Unicorn Club. Additionally, she is a founding member of the internet market Shopclues.

Also, Silicon Valley was the birthplace of the company in 2011. She is currently the company’s Chief Business Officer.

She came from a military household. Her mother was a nutritionist, while her father served in the Indian Army. Additionally, her entrepreneurial endeavor began in 1992, the same year that his father made the decision to quit his Army position and start his own health club.

Furthermore, she assisted her father in launching his fitness training business, which is how she earned her Rs. 400 first paycheck.

Moreover, she went to numerous schools while growing up in different cities, including Jodhpur, Pathankot, and Ahmednagar.

She would have loved to work for a reputable company in Mumbai or Delhi in the advertising industry. Subsequently, in Chandigarh, she opened her own advertising agency in 1997.

She demolished the advertising firm’s shutters two years later. She worked in marketing for firms like Goldman Sachs and Nordstrom in Seattle after receiving her degree.

Also, Radhika maintained a personal fashion blog during her time in college that catered to South Asian women. Moreover, she has worked in a variety of fields in the US over the past 14 years, including e-commerce, fashion, retail, and leisure.

Story Of How Baniyas, Gujaratis, and Sindhis Do Business

Earlier, she was the founder of the fashion and lifestyle website Fashion Clues. Afterward, she became the co-founder of ShopClues.

With the help of a 10-person team, Radhika founded the online marketplace and e-commerce business ShopClues in 2012 with her husband Sandeep Aggarwal, and a friend Sanjay Sethi.

As an analyst with an associate’s degree, Sandeep Aggarwal worked. Sanjay Sethi, who worked for eBay, left his position to launch the internet marketplace ShopClues.

Togetherly, they carried out extensive R&D and developed a corporate structure. She always gives Sandeep Aggarwal credit for motivating her to start her own business.

In 2016, it has the most vendors on its website—500,000—in the Indian e-commerce market. The website offers a huge selection of goods, such as jewelry, electronics, clothing, and shoes. Moreover, the business aids tier 2 and tier 3 retailers in promoting their brands and selling their goods.

In 2019, Qoo10 acquired ShopClues for $70 million. As of yet, Aggarwal is the business’s CFO. Since she started ShopClues, she has won various accolades. At the 2016 Entrepreneur India Awards, Aggarwal received the Woman Entrepreneur of the Year honor. Additionally, she got the CEO of the Year Award at the CEO India Awards that same year. In 2021, Aggarwal established a new business called Kindlife.com. It is a marketplace for many kinds of organic items. Many Indian women who wish to launch their own enterprises look up to her as an inspiration.

The traditional attitudes held against women entrepreneurs, in general, have been a big obstacle in her success story. Her other issue was keeping a balance between her career and personal life.

Nevertheless, she attributes her success to her loving family. Although investors are typically wary of investing in women’s start-ups, in her instance, things were different.

She has found helpful investors, and she attributes this to her tactical team. Also, she takes satisfaction in the fact that ShopClues attracts a sizable female client base and merchant base. In 2016, women made up about 22–25% of clients and 25% of business owners. This indicates that 80,000 out of ShopClues’ 3,50,000 players were female.

The Biggest Competitors Of ShopClues

Obviously, building an e-commerce website from scratch was not easy, especially given the intense rivalry that existed at the time. Flipkart and Snapdeal were already established and were well known before the foundation of ShopClues. Also, these had a sizable amount of revenue. Along with ShopClues, Jabong was established in the same year.

As of right now, on September 8, 2021, Amazon India, Flipkart, and Snapdeal have already solidified their places as domestic eCommerce goliaths, and collectively they have become nothing less than household brands in the industry. Additionally, Jabong, Myntra, Naaptol, HomeShop18, Yepme, etc. are the other competitors of ShopClues.

In her career, Radhika has received a great deal of acclaim and honors. Here are a few of the distinguished honors she received in 2016:

After creating ShopClues, Radhika Aggarwal became the first Indian woman to join the Unicorn club. Additionally, she is amongst the top 5 women entrepreneurs in India 2022. She put a lot of effort into starting her company from scratch and working hard to get knowledge in a variety of industries.

Furthermore, her story shows us that perseverance is the secret to success. It teaches us the virtues of commitment, tenacity, and perseverance. If we put in the necessary effort each day, we can achieve our goals. Second, we must never give up and always improve. Everyone is capable of achieving anything, regardless of their gender. Therefore, always have faith in your abilities and aspirations.

Black Adam: The Latest Movie Recipe Rock Is Cooking in 2022 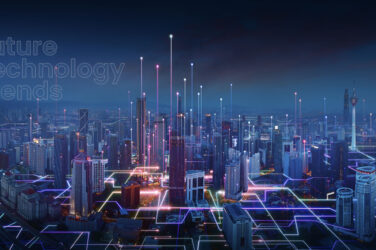 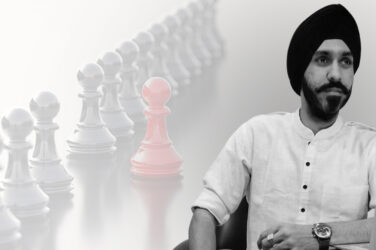 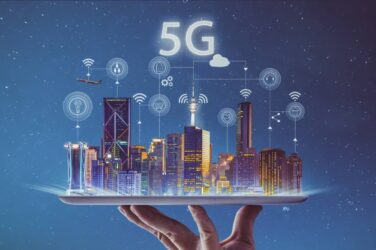 5G Service Rollout in India Soon: How You Should You Prepare For It?

5G will be here sooner than most people think, and businesses must be ready ...