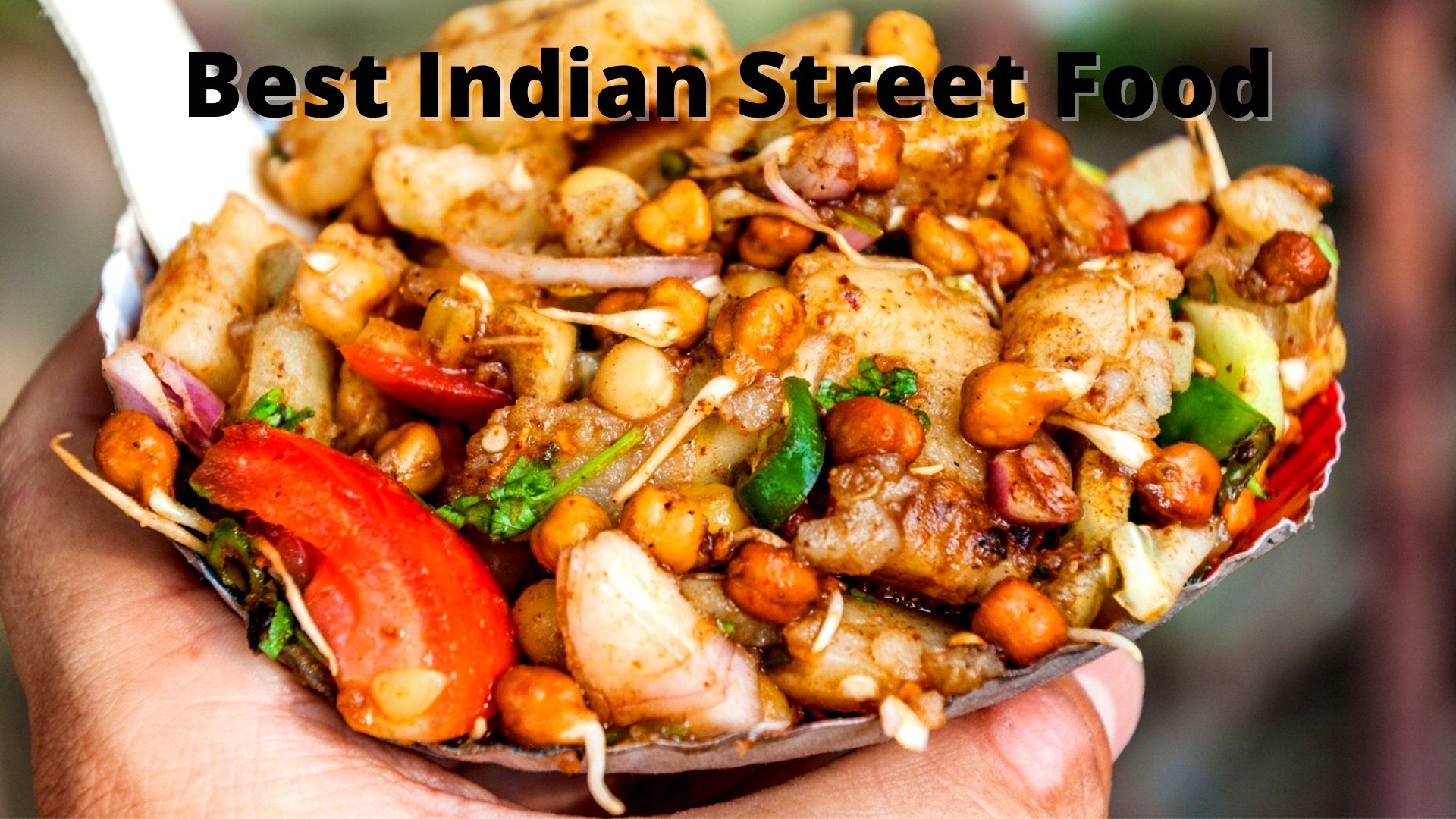 It is a foodie’s paradise in India, full of great local cuisine and delicacies to excite the taste buds. As a result, it’s sometimes difficult to distinguish authentic from non-authentic dishes. Indian food is one of the most popular and widely eaten cuisines in the world. Indian cuisine features a wide variety of curries, rice dishes, meats, vegetables, and bread, all prepared using a variety of spices. Regardless of the geographic region, regional delicacies have many similarities in terms of spices and flavors. However, there are several Indian cuisines that I feel we can’t cover all in a blog. Still, I have tried to cover all the famous and best Indian street food that you must try n India. So foodies, keep reading.

Many of the most fascinating vegetable dishes originate from northern India because the northern regions of the country tend to be vegetarian. Among the staples of Indian cooking are rice, tomatoes, potatoes, lentils, chickpeas, onions, and yogurt.

Best Indian street food gets the flavors with one or more of the following spices:

In general, Indian dishes tend to contain a combination of at least some of these spices. A typical Indian meal consists of curries, rice dishes, fried pastries, roast meats, and bread.

Therefore, without much fuss, here are the absolute must-try best Indian street food dishes for you.

I am already craving all of these dishes. Also, this blog will make you crave Indian food for sure. So, let’s explore some mouth-watering best Indian street food.

Masala dosas are undoubtedly one of South India’s most famous food exports. Dosa, an Indian pancake, is a thin batter made of rice, flour, and lentils. In order to make dosas, the batter mixture needs to soak in water for 24 hours before it you shape it. After ladling the batter on the tava, it needs to get a shape similar to the crepes of France. The dosa traditionally has potato filling and you need to serve it folded in half. Hot sambar complements the dish’s spicy edge, and whatever you fill them with, dosas make a tasty and satisfying meal.

Among India’s most famous exports, you can find masala chai at high-end restaurants as well as at train stations. It is true that there are many different diluted versions of this classic Indian tea around the world, but you can only find the real deal in India. To make masala chai, steep black tea with aromatic spices and herbs on the stove. For making tea, green cardamom pods, cinnamon sticks, ground cloves, and black pepper are traditionally used. There is nothing better than having a hot cup of masala chai in the morning! That’s what Indians call an oh-so-perfect kind of morning.

One of India’s most popular savory snacks, chaat is synonymous with Delhi’s street food vendors. In Hindi, the name means “a delicacy,” “licking your fingertips,” and “to devour with relish,” and it lives up to its heritage. Even though there are now so many varieties of chaat, the original chaat consists of fried bread, fried potato, and chickpeas with fresh coriander leaves, yogurt, ginger, and tamarind sauce. You can try the city’s specialty chaat variety at a local Dhaba, which will be open all day, every day.

While many foodies have had dal, nothing beats tasting the original in the country where it originated. In Hindi, dal means lentil, and you can make this soup-like dish by stewing small black lentils for hours. It is true that this lentil dish is available in many different varieties, but dal makhani is one of the best. These are the most exclusive and got the reservation for special events, such as weddings. In Hindi, makhani means buttery, so it is no surprise that this Indian classic tastes rich and creamy. For an authentic taste of dal makhani, go to Punjab- the north of India.

As close as Indian cuisine gets to veggie burgers, vada pav originated in Maharashtra, a traditionally vegetarian state. A carb lover’s delight, vada pav consists of a deep-fried potato dumpling surrounded by a bun. To appeal to the taste buds of Indians across the country, the finger food delicacy is typically accompanied by chutneys and green chili. Also known as a Bombay burger, you can find these mini buns in street food stalls throughout Mumbai.

This savory vegetarian snack is a Gujarati delicacy made of rice and split chickpeas and is hailed as the regional dish of northwest India. Gujaratis eat this dish for breakfast, lunch, and sometimes even as a snack or side dish. Additionally, chickpeas are split into equal quantities and dhoklas require hours of preparation. Adding chili, coriander, ginger, and baking soda make the dish more flavorful and helps the morsels rise. Gujarati delicacy typically serves it with chili and coriander chutney, this dish is deliciously moreish.

Traditionally, pani puri, or gol guppa. are from the state of Bihar in northern India. A popular street snack, Pani Puri is deep-fried balls of semolina or wheat. Along with them, you’ll find spicy potatoes, chickpeas, and spicy tamarind water. It is a unique experience to eat Pani Puri, as you traditionally break open the crust with a spoon before filling it with delicious accompaniments. The majority of Indians eat each Pani Puri with one bite in order to prevent any filling from spilling out. You can find people from local college students to city businessmen enjoying this infamous street snack.

There is no doubt that butter chicken is a favorite not just in India, but around the world as well. Nonetheless, this is a fairly modern construct compared to authentic cuisine. Until the 1950s, butter chicken was unthinkable. A busload of refugees ordered the dish on the spur of the moment. However, the tomato-cream sauce infused with spices and paired with tandoori chicken became popular across the nation.

Crispy, deep-fried, and filled with flavor, these pastries are the perfect snack. Evenings in Indian homes are incomplete without samosa and a cup of masala chai. Their shape is usually triangular, and there is a filling of savory meats or vegetables. Typically, people serve it with a cool yogurt dip or chutney. You can also find sweet versions, although the savory version is the most well-known. Fruit-filled versions are most common.

However, due to the sheer number of dishes available in India, summarizing the most popular best Indian street food can be challenging. Best Indian street food encompasses so many different dishes. Nevertheless, the above dishes continue to be some of the most beloved food and drinks. Moreover, this blog must have made you crave these dishes. Stay tuned to get some more lip-smacking content. 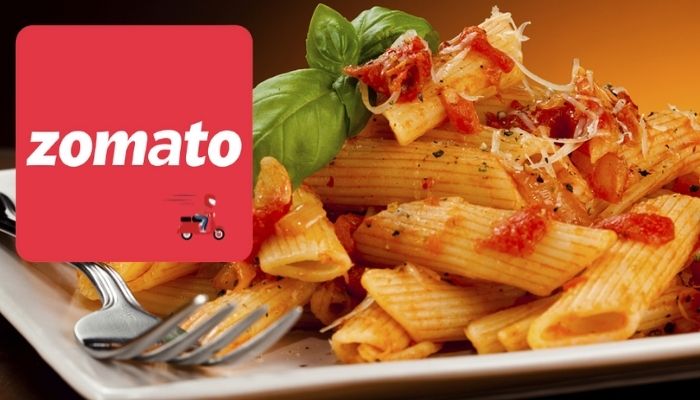 Being a foodie, there are times when you start craving your favorite dishes. Since ... 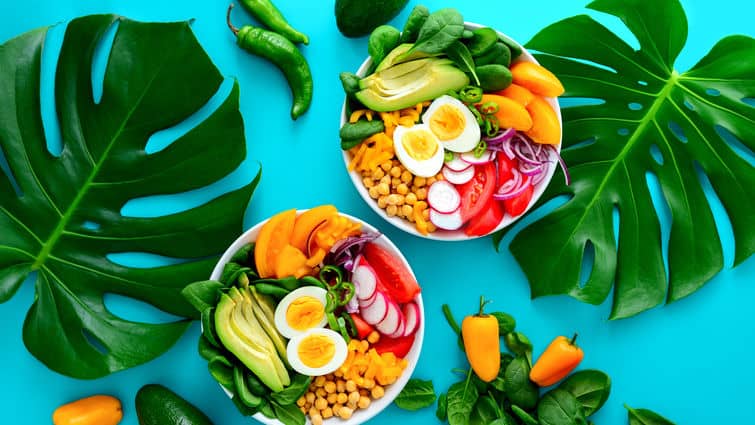 Healthy Food Tips for Summer: A Guide to Beat the Heat and Stay Fit

As the weather gets warmer, people tend to eat out and attend celebrations and ...

Food Blogging: Can You Make It A Profession?

Food blogging is something that is on a hype nowadays. Whether someone loves to ...