The popular celebrity of the moment is the ONE and ONLY “Kim Kardashian” urf “Keeks”, “KiKi”, “Kimmie”.

Many of us know her as an American socialite, some as a social media queen, and others as a businesswoman.

Along with these, she is also well-known as a “Hopeless Romantic Woman”. Due to her crazy affairs more than we can count, she remains in the limelight.

“This time she wants her next boyfriend to be a brainy “Biochemist”.

But is it true?

Or is it a clear statement by Kim?

Keep reading this blog to find out what the actuality is –

Earlier this month, Kim Kardashian; the 41-year-old popular TV star, was the center of attraction in “THE LATE LATE SHOW”. She went on an American late-night talk show on CBS hosted by James Corden.

During the Show, Kim opened up about dating and added- She was thinking that her next boyfriend could be a scientist, neuroscientist, biochemist, doctor, or lawyer.

A big problem for the SKIMS at the time, wishing Kim to keep her life more private. The founder of SKIMS has declared that she is still single after the recent separation from Pete Davidson.

After this recent saying, Kim is now amending her statement and admitted that “She Has Joked”. On Monday morning, the TV star went on ‘Live with Kelly and Ryan’ and cleared the statement.

Kim replied, “I am not looking for anything”.

The mother of four beautiful kids said she sees her with “ABSOLUTELY NO ONE”.

Kim added she really needs to be by herself and kids’ school is equally important for her.

Right now, she focuses on her kids. Whenever she is ready for dating in the future, the date will be private. Something really in a chilling relaxed setting, not public.

After continuing nine months of dating Pete Davidson, the couple split in August. Both of them have decided to just be friends, said the insider.

In Interview Magazine, Kim mentioned that she has no ill feelings towards Pete. She said that “her ex is such a good person and a cutie”. I am super excited for what he was coming up with – Kim added.

Over the years, the superstar remained in a relationship with high-profile stars. The list includes music producers and comedians. She was married twice before Kanye West.

Time to take a trip through her dating history and check out all her exes. So let’s take a look back at whom Kim dated.

If you are one of Kim’s fans, it’s not surprising for you that she is one of the “relationship kind of girls”. It’s not common to see her as a single woman.

The celebrity has almost seven years of relationship with Kanye West, with whom she shares four little ones: North, Saint, Chicago, and Psalm.

Late last year, she dated a comedian named Davidson. But unfortunately, the relationship didn’t last and both separated their paths.

Despite many people approaching her, Kim broke up her silence on the relationship. Sounds like she is not ready yet to be with a man for a while.

There is a revision in the international arrival guidelines for India by the Ministry ...

Summers are here so you need to be a little more careful when it ... 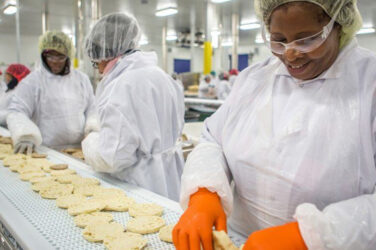 Imagining food production in an unclean environment seems quite depressing. There has never been ...